Why You Should Finally Ditch Internet Explorer 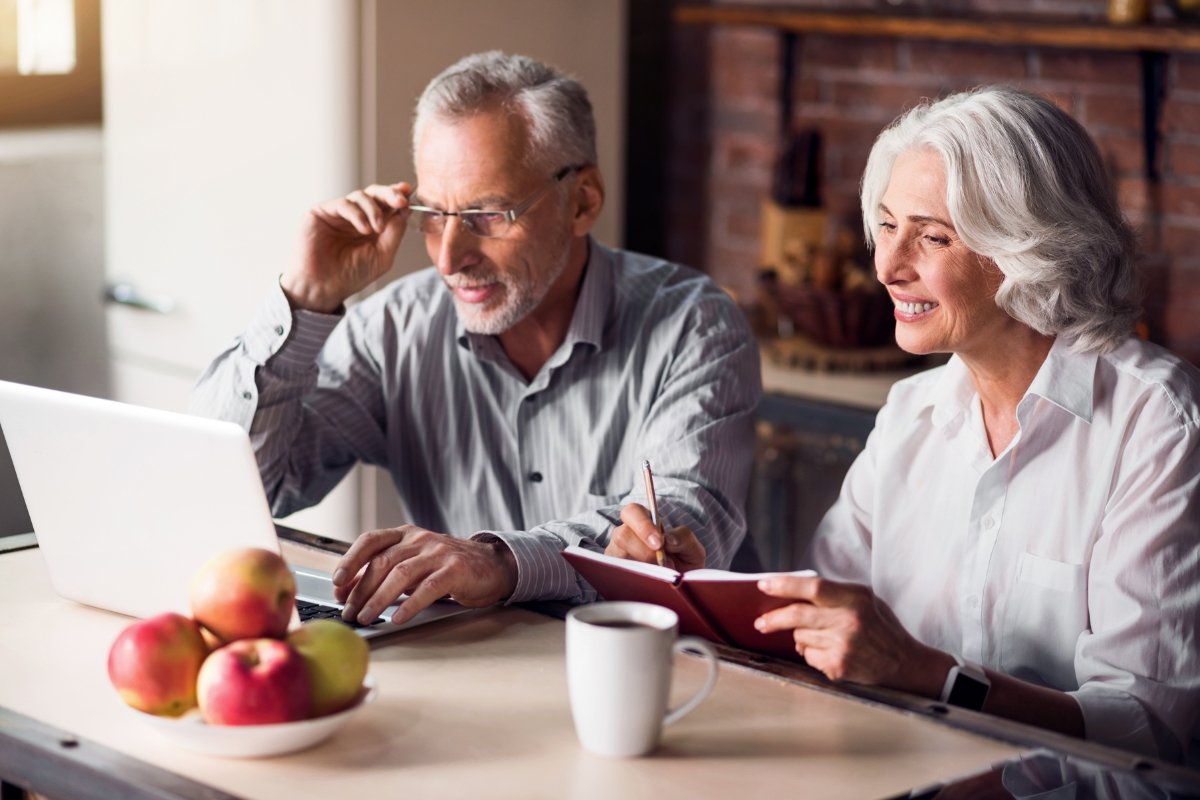 Why You Should Finally Ditch Internet Explorer

Internet Explorer has been a staple of personal computing for years, but it’s time to move on to something better. Here are the reasons why you should ditch Internet Explorer and switch to a different web browser.

Internet Explorer is based on outdated technology that is no longer supported by modern web standards. It’s been around for a long time and has not kept up with the competition. This means that websites and applications that are designed for modern browsers will not work properly in Internet Explorer.

2. Lack of Features and Extensions

Internet Explorer has been historically bad because it has not kept up with the competition in terms of features. It is also slow and buggy and lacks many features that are standard in other browsers. For example, it doesn’t have built-in support for extensions or tabbed browsing.

There are a few key reasons that Internet Explorer is often considered to be a poor choice for a web browser. One big reason is that IE has had a history of security issues. In particular, earlier versions of IE were often exploited by malicious code that could take control of your computer. Even the latest version of IE has been criticized for being vulnerable toPotentially Unwanted Programs (PUPs) and other security threats.

For these reasons, it’s generally recommended that users avoid using Internet Explorer and instead opt for a more modern and secure browser.

Internet Explorer has a bad reputation. IE has a reputation for being unreliable because it’s often associated with viruses, spyware, and other malware. Many users have reported various bugs and glitches when using IE, such as pages not loading properly or random crashes. This is likely due in part to its poor performance, as well as its tendency to be targeted by malicious code.

Another big issue with IE is its poor performance. Earlier versions of IE were notoriously slow, and even the latest version can be sluggish compared to other browsers. This is partly due to the fact that IE is based on an outdated web rendering engine, making it less efficient than newer browsers.

6. No Longer Supported or Updated

The primary reason that Internet Explorer is so bad is that it is no longer updated by Microsoft. This means that any new security vulnerabilities that are discovered are not patched, leaving users vulnerable to attack.

If you’re still using Internet Explorer, you should switch to a different browser as soon as possible. There are many better options available that are more secure and perform better. Microsoft no longer supports IE, so it’s not worth using anymore.

7. Not Compatible With Newer Web Standards

Internet Explorer is often criticized for being behind the curve when it comes to web standards. This is because the browser uses an older rendering engine, which doesn’t support newer standards like HTML5 and CSS3.

This can cause problems when trying to view websites that use these newer standards. Additionally, many developers have tried to put in extra effort to make their websites compatible with Internet Explorer, which can be frustrating. Many developers opt to not provide compatibility with IE.

When it comes to browsers, Internet Explorer is like the old car that just won’t die. No matter how many times it breaks down, people keep using it because it’s what they’re used to. But just like that old car, IE is outdated and no longer able to keep up with the competition. If you’re still using Internet Explorer, you’re missing out on a lot of what the web has to offer.

There are many advantages to switching from using Internet Explorer as your web browser to an alternative. You’ll be safer online as IE is more susceptible to viruses and malware, you’ll experience browsing speeds that are much quicker, and you’ll be more productive as there are many helpful extensions and add-ons available for other browsers that can make your life easier.

Different Web Browsers to Switch To

If you’re in the market for a new web browser, there are a few different solid options to choose from that offer more reliability and security than Internet Explorer. Mozilla Firefox, Google Chrome, Safari and Microsoft Edge are all great alternatives worth considering.

Seriously, there is no reason to use Internet Explorer anymore. It’s time to switch to a better web browser like Google Chrome. Google Chrome is one of the most secure, efficient, and simple browsers you can use. It’s got a clean design and works faster than other browsers.

If you want to keep your browsing safe, use a shortcut that cuts your current browsing session, minimizes it, and opens a new tab. This way you can access the pages you need, whether they’re research or password records, and avoid the risk of leaving yourself vulnerable online.

By syncing your bookmarks, extensions, themes and more, you’ll never have to lose track of anything while moving from computer to computer.

Google Chrome is also the best browser to be used with AdWords. Its tracking tools are very popular with advertisers in ways that no other browser can do. It’s also the most compatible with 3rd party apps of any browser, so you never have to worry about compatibility issues.

So if you’re still using IE, switch to Chrome today. You’ll be glad you did! We certainly are!

Firefox is faster, more stable, and more secure than IE. It’s also more standards-compliant, which means that websites will look better in Firefox than they do in Internet Explorer.

Firefox is available in over 90 languages, is relatively easy to use, and is available for Windows, OS X, Linux, and even Solaris. There are many add-ons for Firefox that enhance your browsing experience, including the well-known Adblock Plus and the Web Developer Toolbar.

If you’re looking for a better browser, download Firefox and see for yourself!

If you’re still using Internet Explorer, it’s time to switch to Microsoft Edge. It’s a better browser in every way, and it’s the only browser that’s designed specifically for Windows 10.

Safari is the best browser for anyone who wants to surf the web without restrictions. Unlike Internet Explorer, Safari provides users with quick and easy access to the internet with no worry about data safety. What’s more, Safari is user-friendly and efficient – two qualities that make for a great browsing experience. So if you’re looking for a browser that has all the features you need without weighing down your computer, Safari is the obvious choice.

In conclusion, it’s time to say goodbye to Internet Explorer. This outdated browser is not only a security risk, but it’s also becoming increasingly difficult to use. With so many other options available, there’s simply no reason to stick with IE.

So make the switch today and enjoy a better browsing experience.

Latest Blog & Articles
Our blog is full of useful marketing tips for your small business. Here you can find all the essential strategies and tactics you need to grow your company. 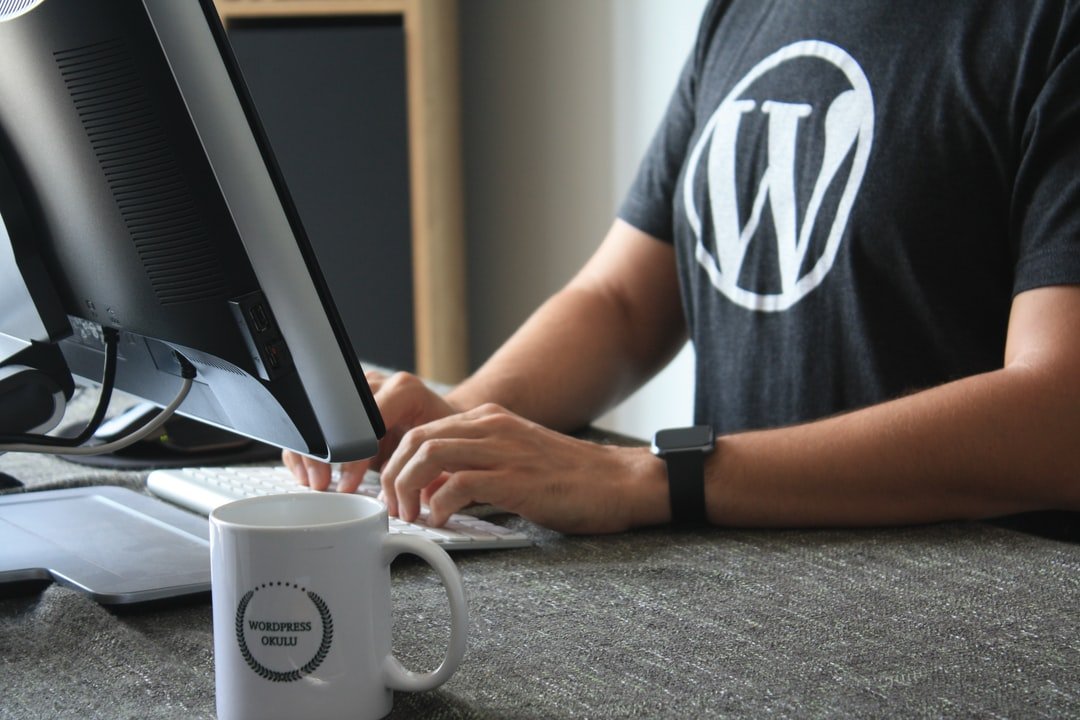 WordPress
What is WordPress and Why You Should Use It

So what is WordPress exactly? WordPress is a content management system (CMS) that enables you to create a website... 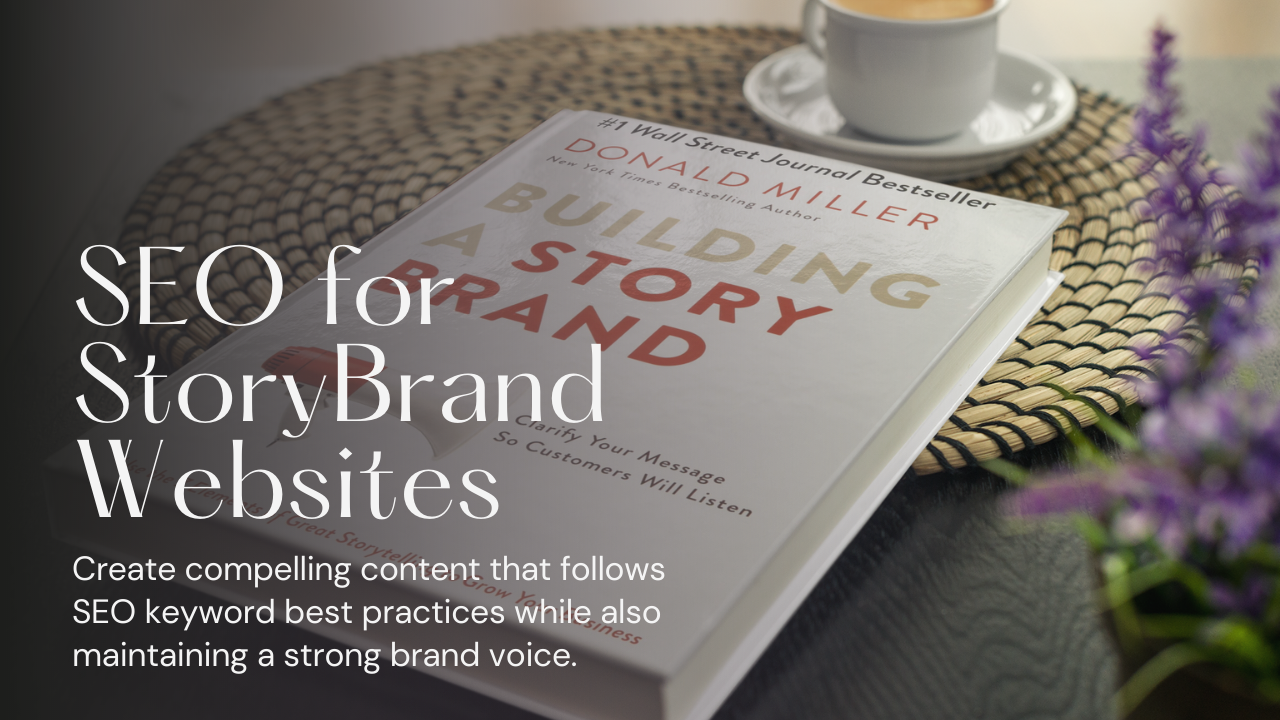 SEO
SEO for StoryBrand Websites: How To Optimize Your Site For Greater Visibility

Are there any other StoryBrand fans out there? My recommendation is to pause for a moment and purchase this... 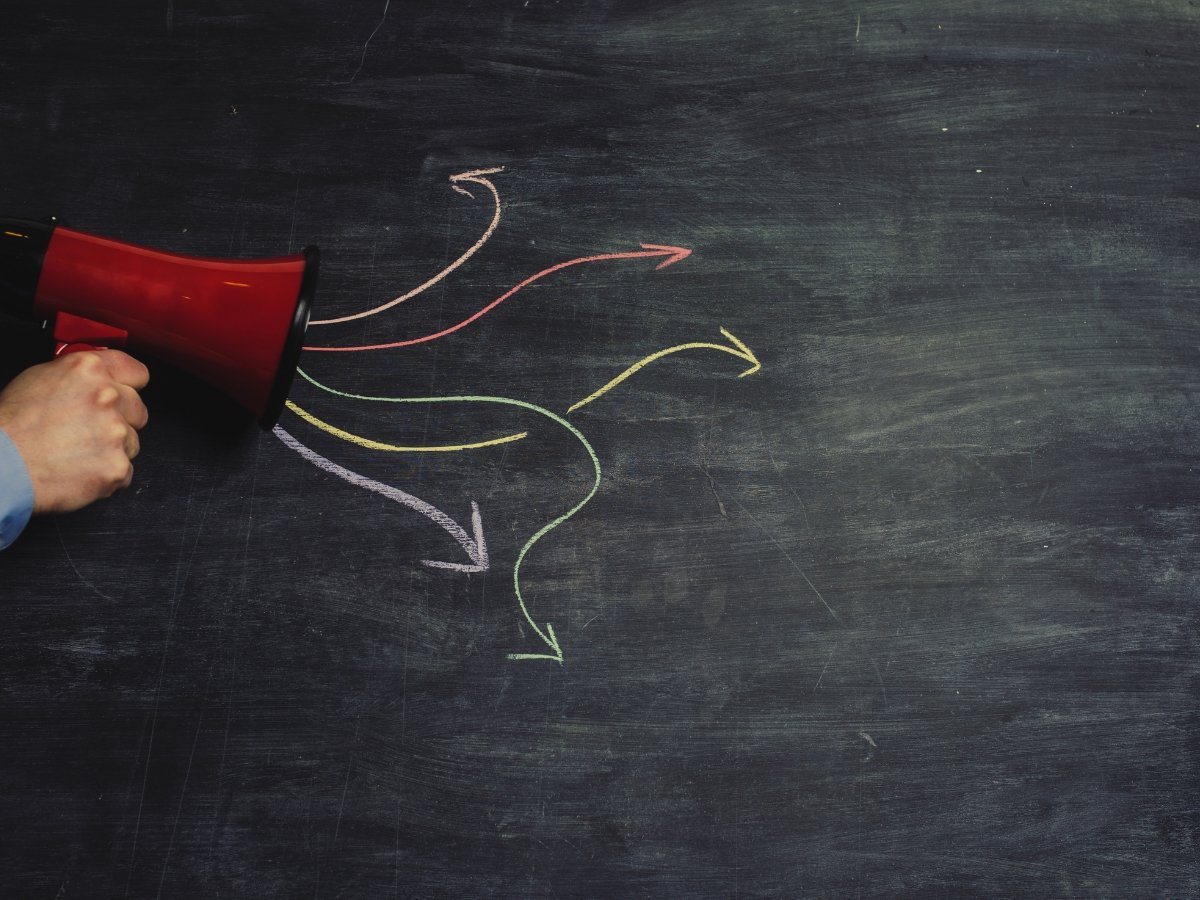 Word of mouth marketing is one of the most powerful tools you can use to grow your business. By... 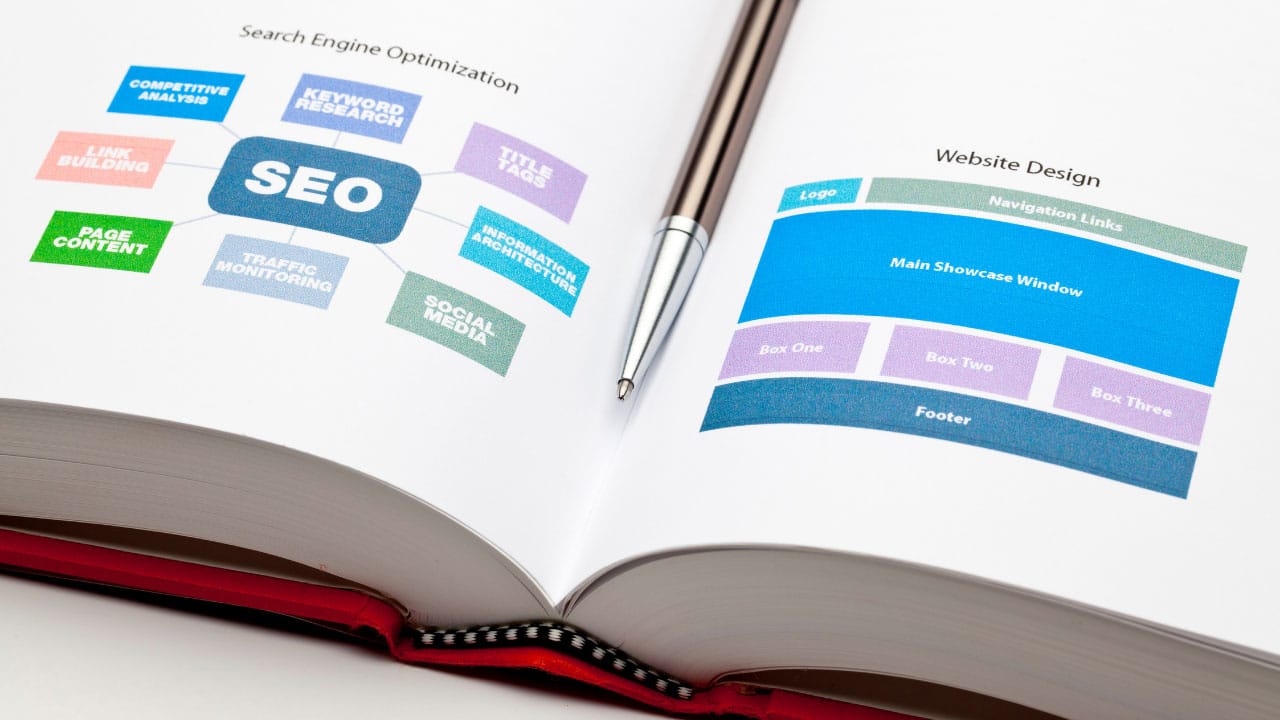 As a business owner, you know that having a website is essential to reach new customers and grow your...